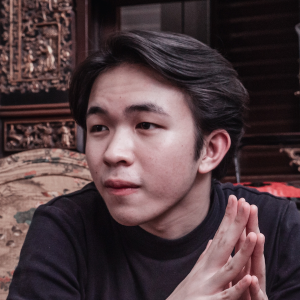 Is keeping your Singapore Citizenship worth it? Maybe, but it’s definitely not because of the passport.

For Singaporean males, there are not many reasons to keep their Singapore Citizenship should they find themselves eligible for another country’s citizenship. But somehow, many would think otherwise.

After all, Singapore has always been an expert at PR, the closest to a whore a country could be.

Question: Why does Singapore not allow for dual-citizenships?

Because any logical person would simply use the red passport for travelling, and just reside in the other country in which they got a citizenship. Singapore can’t have everyone who could afford to move abroad doing that. Singapore would just go bankrupt. Because sure, everybody wants a Singaporean Citizenship, But nobody wants to live in Singapore.

It’s a common thing to hear at the dinner table, or at the coffeeshop, as Singaporeans do what they do best. Complain.

They complain about so many things, and how terrible Singapore is, and right at the climax of the passionate rant, the conclusion is that they would not live anywhere else. Why?

Chances are, one of the reasons brought to the table would be ‘Most powerful passport in the world’.

But that’s besides the point. The question of the day is, how amazingly good is the Singaporean passport really?

Is having the ‘world’s 2nd most powerful passport’ really worth keeping your citizenship for?

As compared to the passports of third-world countries, maybe. But don’t we have higher standards than that?

It’s strange, but many people who preach the glories of the Singaporean passport barely travel that much anyway.

If you’re not utilising the full range of visa-free travel, how is it different from any other passport?

When you say you keep your Singapore Citizenship for the ‘powerful passport’, you’re saying that it is worth the following:

And much, much, more.

You go through all this telling yourself that a Singapore Citizenship is worth all of it, the number one reason being ‘most powerful passport in the world’.

And you live your life having only ever travelled to London once for a holiday and a few trips across the causeway.

Of course, the passport is not the only thing that creates an illusion of benefit to keeping a Singaporean Citizenship. Years of ‘social studies classes’, a sorry excuse for propaganda; and 2 years of intensive National Service, a sorry excuse for brainwashing. It’s not a surprise that many have their heads turned away from the blatant reality.

That almost any other passport in the world would have allowed you to do the same thing, without the shackles.

Compare the Singaporean Passport to the USA Passport. Unless you want to travel to Iraq there really isn’t a difference.

Besides, if you are privileged enough in the first place to be in a situation where you are able to give up your Singaporean Citizenship for another, chances are that paying for an occasional visa should not be an issue for you.

Plus, your future sons will be free of any National Service obligations. The greatest thing you could do for your child.

To sum it all up, there may be many reasons to keep your Singaporean Citizenship, such as the safety… the safety.. and well… the safety…

But don’t let your deciding factor be the passport. Especially if you don’t even travel.